‘The Sound of Scars’ Virtual Screening 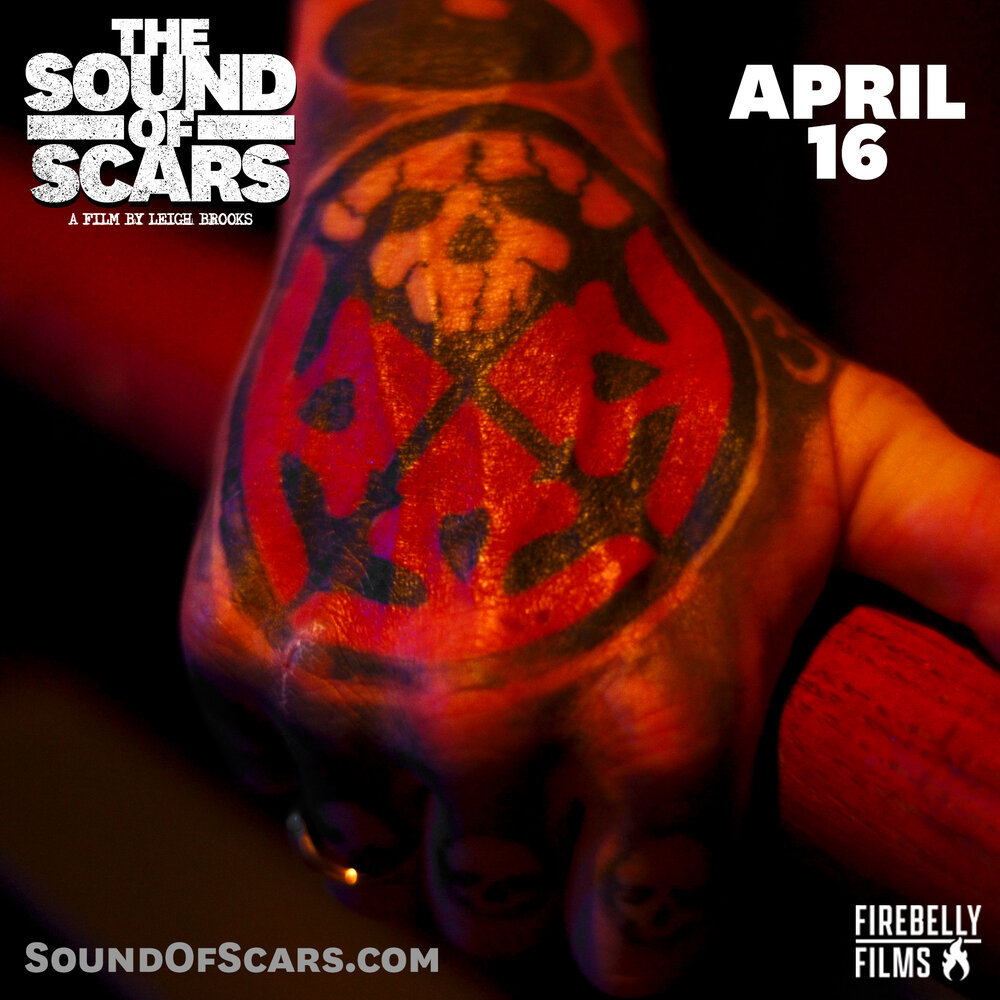 NEW YORK, NY (March 10, 2021) – While the worldwide pandemic pretty much wiped out the music industry over the past year with its large gathering restrictions, Brooklyn, NY’s Life of Agony has been using their downtime to put the finishing touches on their upcoming full-length documentary The Sound of Scars.

The Sound of Scars – Official Trailer (Life of Agony Documentary) from Firebelly Films on Vimeo.

The project began two years ago by UK-based director Leigh Brooks and was filmed across several countries while Life of Agony was on and off the road. “This isn’t a typical music documentary. It’s as personal as it gets.” explains Brooks. “I first saw the band live at the London Astoria in 1996. Since then, LOA has become an absolute go to when I felt alone and insecure about myself. This film is an intimate portrait that sheds light on the real life stories that makes their music so vital and relevant.”

The Sound of Scars utilizes personal archive footage, rare photographs and lost interviews, along with new, never-before-seen conversations with the band and their family members that tells the story of how three friends overcame domestic violence, substance abuse and depression to form one of the most influential bands in its genre. Through the success of their groundbreaking 1993 debut “River Runs Red”, hailed by Rolling Stone as “One of the Greatest Metal Albums of All Time”, they channeled their cumulative life stories into a soundtrack for a broken generation. At the time, that newfound fame allowed them to escape the tragedies of their pasts, but in the wake of their accomplishments, unforeseen obstacles arose. “We’ve completely ripped our deepest selves open for this film,” says guitarist Joey Zampella.  “The audience and our fan base will completely understand the mold we were broken from, and what this journey means to us.”

The 90-minute film also takes a deep dive into lead vocalist Mina Caputo’s gender transition. “We’ve never avoided tough conversations and we don’t pretend to have all the answers,” says Caputo. “But, this film is a roadmap with many great lessons. It shows a ton of vulnerability… moments of falling downward and others where we rise strong. Enjoy this gift of imperfection. May you find the tools to be braver with this film.”

Starting Friday, April 16th, for a limited two-week window, Life of Agony fans will get the opportunity to stream a virtual screening of The Sound of Scars Director’s Cut along with other bonus material, including a Q&A discussion with the band and director on the making of the film, moderated by SiriusXM’s Liquid Metal host Shawn The Butcher. Tickets are available now for pre-order and part of the proceeds go to benefit two charity organizations: National Suicide Prevention Lifeline and All Out.

“When we first started LOA over 30 years ago, I don’t think any of us could have predicted the impact that this band would have on so many people around the world,” says Alan Robert, bassist for Life of Agony. “We got together as a way of saving ourselves, but ultimately, through the music and the brutal honesty of the lyrics, we ended up saving so many others along the way.”

Life of Agony’s most recent studio album, also titled The Sound of Scars, was released in 2019 to critical acclaim. It was named “Album of the Year” by The Aquarian Weekly and took the #1 spot on Metal Hammer’s (Germany) Best of 2019 List (Alt-rock/Punk).