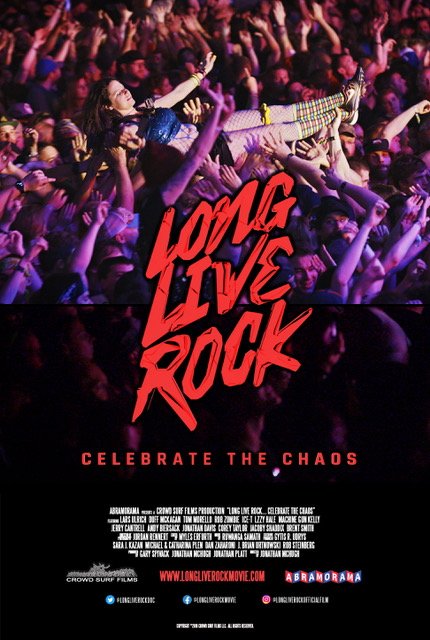 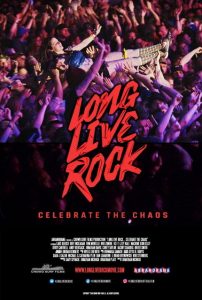 “Long Live Rock… Celebrate the Chaos” is a deep dive into the culture of hard rock music.  This genre, beloved by its millions of fans, is often misunderstood and maligned by media and the music industry. In intimate interviews, the leading titans of rock discuss the genre and the special relationship they have with their audience. Featuring members of Metallica, Guns N’ Roses, Slipknot, Korn, Avenged Sevenfold, Rob Zombie, Five Finger Death Punch, Rage Against the Machine, Greta Van Fleet, Halestorm, Godsmack, and many, many more.

The film also explores the inescapable dark side of their chosen lifestyle, chronicling the unspoken truths that are unfortunately too commonplace in the rock ‘n roll world for both artists and fans, such as substance abuse and depression.

Viewers will get a front row seat of what makes hard rock fans want to crowd surf, mix it up in the mosh pit or just throw all caution to the wind by participating in the ultimate community mayhem of the “Wall of Death.”  We follow some of these passionate fans as they drop everything to “commune” with their “rock family” at music festivals across the U.S. – or wherever the road takes them to celebrate the chaos…that is rock ‘n roll!”