Paul Mecurio at Off Cabot Comedy 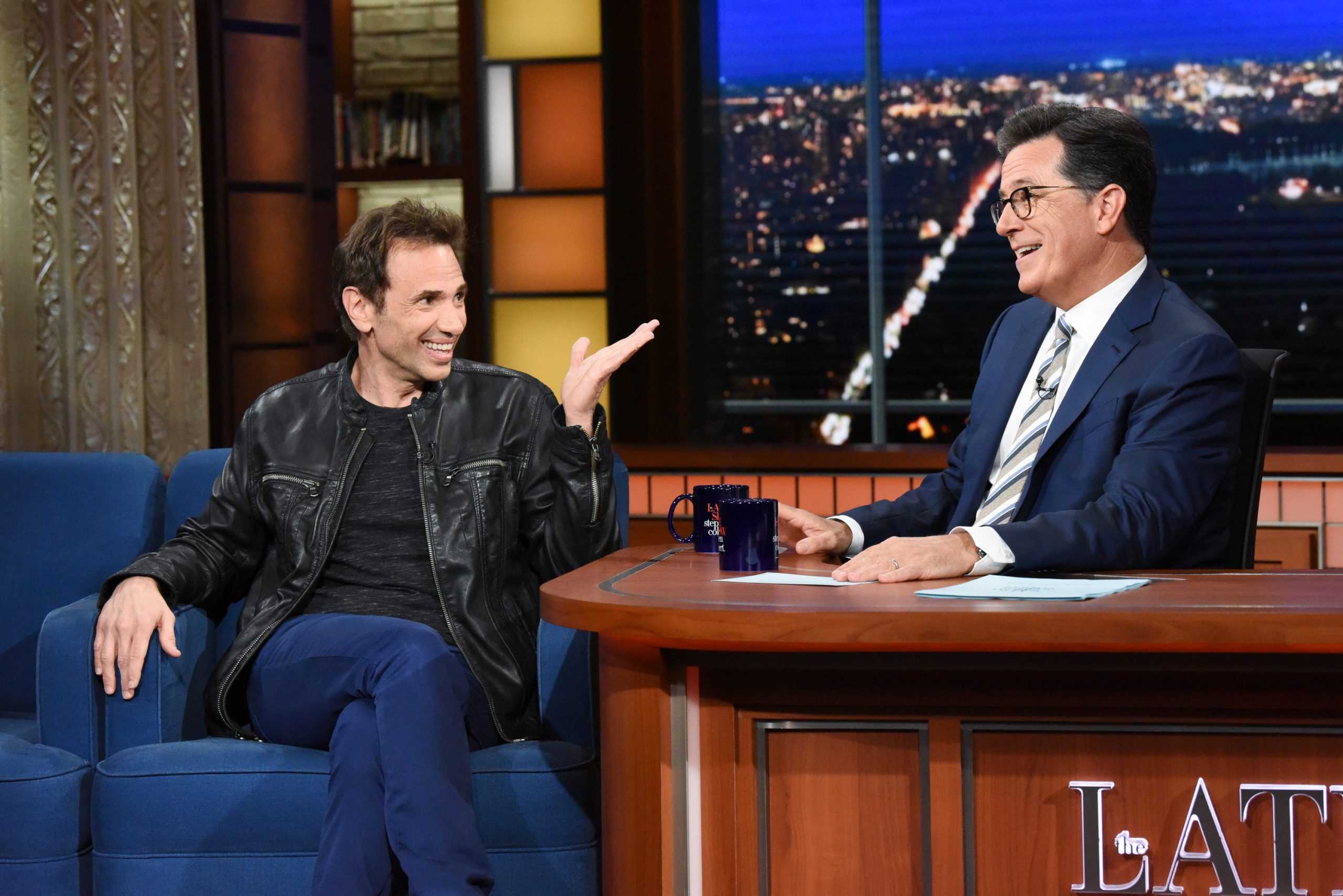 Paul has made multiple appearances on “The Late Show w/Stephen Colbert” and currently works on the show.

Paul is an Emmy & Peabody Award winner for “The Daily Show w/Jon Stewart.”

He also has a one-man Broadway show opening July 16, 2018 called, “The 4th Wall w/Paul Mecurio” at The Jerry Orbach Theater.

Paul has hosted his own shows for Comedy Central and HBO as well as his own talk show. He has appeared in his own “Comedy Central Special,” made several appearances on “The Late Show w/Stephen Colbert,” “The Daily Show,” “The CBS Late, Late Show,” HBO, “The Tonight Show,“ ESPN, Showtime, NBC’s “Fridays,” and “The Joke Show” and VH-I Clip Shows among others.

He currently appears as a commentator on the venerable, “CBS Sunday Morning,” CNN, MSNBC, Fox News and CBS News.

He has made recurring appearances on “SportsNation” on ESPN.

He is a recurring pop culture and general news commentator and satirist on CNN, NBC, Fox News, MSNBC, CBS, HLN and daytime television.

While on Wall Street Paul was hired by Jay Leno to write jokes for “The Tonight Show.” After living a secret double life as a Wall Street lawyer/banker by day and comedian by night, Paul left Wall Street to go into entertainment full time … if he didn’t he would have had a nervous breakdown trying to keep the two worlds separate.

Paul was featured on “The Daily Show” as a correspondent and in “The Daily Show” segment, “Second Opinion,” in which Paul skewered the medical profession playing an HMO representative with a less than sympathetic mindset.

He has hosted several shows and pilots for Comedy Central, CBS, HBO and VH-1.

Paul is an extremely skilled interviewer as one can hear on his hit, critically-acclaimed podcast, “The Paul Mecurio Show” on iTunes, Google Play and Audioboom. He has wide-ranging interests and his guests reflect that. He’s interviewed A-list guests who are at the pinnacle of the worlds of entertainment, pop culture, music, politics, science, sports and more, including …

Paul has also made multiple appearances in The Montreal “Just for Laughs” festival and the Glasgow/Edinburgh Comedy Festival.