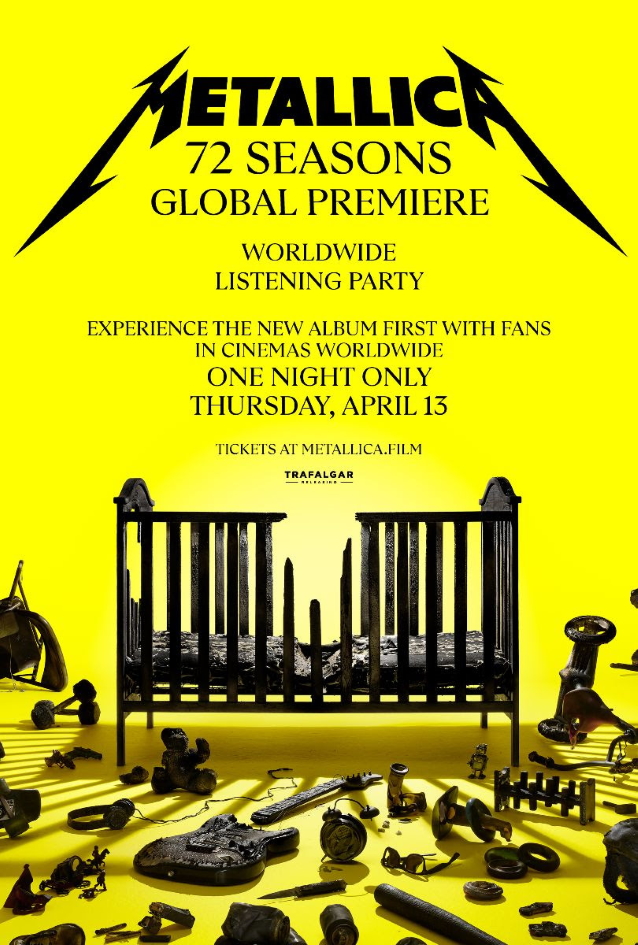 Join the global Metallica family on Thursday, April 13, for a worldwide listening party!

Be the first to hear the band’s new album, 72 Seasons, the day before its release, on the big screen with pummeling surround sound in this special event exclusively in cinemas for one night only.

72 Seasons – Global Premiere will feature exclusive interviews with Metallica, with the full band delving into the origins and stories behind the songs and accompanying music videos for every track on the album. The result will be a one-night-only opportunity for fans to experience 72 Seasons first and fully.

There will also be a few surprises on the night that you won’t want to miss! We look forward to welcoming you all to this historic night in cinemas around the world.