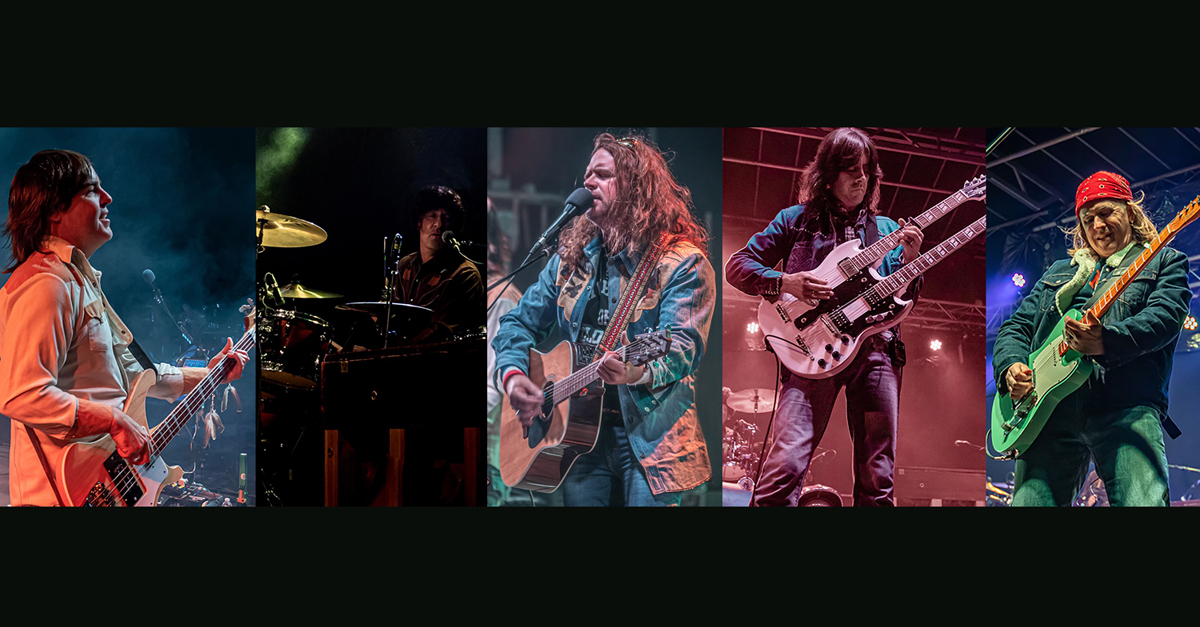 With 5 #1 singles, 5 Grammy Awards, 5 American Music Awards and 6 #1 albums, The Eagles are one of the best-selling bands of all time, having sold more than 150 million records.  Their “Greatest Hits” is the best selling album of the 20th century.

As part of Extreme, Badger has sold 10 million records, including the smash hit “More Than Words,” and toured the globe.  Wanting only the best for this project, he enlisted fellow Extreme member Kevin Figueiredo, multi-instrumentalist Chris Lester, soaring guitar hero Eric Clemenzi, and Tom Appleman, a Berklee College of Music Professor.

Together, they formed the Dark Desert Eagles to stunningly re-create the amazing musicianship, soaring vocal harmonies and timelesss repertoire of The Eagles.

Date:
July 22
Time:
7:00 PM - 11:00 PM
Event Categories:
Concerts, Music
Event Tags:
dark desert eagles, eagles
Pat Benatar’s staggering vocals and take-no-prisoners attitude, along with Neil Giraldo’s trailblazing artistry as a guitarist, producer and songwriter forged the undeniable chemistry and unique sound that created some of rocks most memorable hits including We Belong, Invincible, Love Is A Battlefield, Promises In The Dark, We Live For Love, Heartbreaker and Hell Is For Children. Together they have created two multi-platinum, five platinum and three gold albums, as well as nineteen Top 40 hits. They have sold over thirty million records worldwide and have won an unprecedented four consecutive GRAMMY® awards. Their rock and roll love affair has endured for more than three and a half decades. Pat and Neil continue to tour, selling out concerts everywhere. Their chemistry will undoubtedly be thrilling music fans forever.